Have you ever wonder, what causes muscle cramps?

Muscle cramps are no stranger in the obstacle racing community since muscle cramps affect 50%–60% of healthy people, and they appear to occur more often in endurance athletes.

You might have experienced that excruciating pain during the dunk wall or at the 20km mark of your Spartan Beast. You might also realize that you tend to experience this involuntary muscle contraction in longer races.

So what causes muscle cramp, and how do you prevent it from happening?

No-one knows for sure what causes muscle cramps, but scientific evidence is mounting. Here are a few things we can do to reduce the risk of cramping.

There are different types of cramps, but to keep things simple, we will only be covering the cramps that we are most familiar with, exercise-associated muscle cramps (EAMC).

The electrolyte imbalance theory is probably the most common theory in the obstacle racing community and even among health care professionals. Sodium tablets or salt sticks are even a mandatory item for those doing the Spartan Race Ultra.

Our body contains electrolytes, such as sodium and potassium. When we sweat, we not only sweat out water but electrolytes as well. Base on this theory, it’s believed that muscle cramps are caused by an imbalance of electrolytes in our body. However, there’s currently no solid explanation to back this up.

If you are consuming enough electrolytes, but still cramping. Could it be that you are just dehydrated?

Based on this theory, neuromuscular overload and fatigue result in an imbalance between our muscle receptor, which causes muscle cramps.
[If you want to read the details, here it is]

The scientific evidence for the neuromuscular theory is mounting, but nothing is conclusive. Although no-one knows what causes cramps, there are a few things we can do to reduce the risk of getting cramps during a race.

If you run often, you’ll get better at running. You’ll get better at cycling as well because you are getting fitter. But efficiency-wise, you’ll improve on cycling more if you cycle more. It’s best to train specifically to the demand of the race.

For example, you are required to run with a 60lb sandbag. If you are not used to that, you might overwork your muscle resulting in a cramp.

Even though the dehydration-electrolytes theory isn’t clear, there were some differences in the post-race sodium concentration. More importantly, if you are going to drink water. Adding sodium into your drinks will prevent hypothermia.

Though research shows hypohydration with moderate electrolyte losses does not alter cramp. Studies have shown that dehydration leads to a decrease in performance. So even though this may not help reduce your risk of cramping directly, finishing the race easier will give your body less time to cramp up. 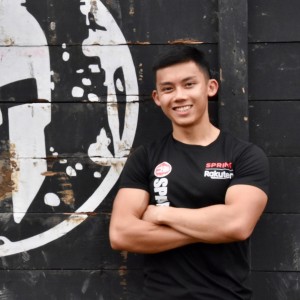 The Key Benefits Of Lactate Testing For Runners

Effects of Traditional Strength vs Power Training in Youth